Traveling solo vs traveling with friends 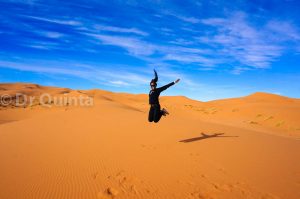 Why should you consider traveling solo? Mark Twain once said,

I have found out that there ain’t no surer way to find out whether you like people or hate them than to travel with them.

He was right. I have found that your traveling companion can make or break a trip. A companion with a good attitude can make the worst situation bearable, while a bad companion can turn even paradise into hell. Traveling solo means cutting out the risk of an unpleasant companion.

My trip to Colombia is such a pleasant memory even to this day. My friends (two girls) and I visited Bogota, Medellin and Cartagena. Overall, things went amazingly well but we had a couple of things go wrong. The biggest was when our taxi driver in Medellin was almost arrested. We spoke limited Spanish so we could not understand exactly what the problem was until it was almost over. Apparently he didn’t have a taxi license. We actually made things worse by offering him money, thinking that’s what the police were asking for. It wasn’t. Still, as we sat in the back of the cab that wasn’t a cab, it was comforting that my companions cracked jokes about possibly spending time in a Colombian jail and missing the wedding we were there to attend. In the end, the police let our driver go with a warning. My friends and I ended the trip closer than at the beginning.

For many years, I dreamed of sandboarding in Namibia. Finally, I was able to realize that dream during my trip around the world last year. I took a friend with me for that part of the trip and I regret it to this day. She sat on the sand instead of surfing down the dunes. I paid for everything (flights, hotel, sandboarding) so I really felt angry and frustrated at her behavior. In the end, I tuned her out and focused on enjoying myself. But I vowed to never again share a dream with someone I wasn’t sure of.

It’s nice to have someone to share experiences with but I would still choose solo travel the majority of the time. I get to decide what I want to do and when I want to do it. During my solo trip around the world, I left some places earlier than planned because I wasn’t having fun. London, for example, was brutally cold. After visiting Stonehenge and a few other sites, I left London and flew to Rome. If I had had traveling companions, it would have been more difficult to change plans. Conversely, I was supposed to spend two days in Morocco but I ended up extending my time there to a week so I could visit the Sahara Desert. Again, it would have been difficult if I had to consider someone else’s opinion.

Traveling with someone is risky. You could end up the best of friends, or no longer friends. If you are fulfilling a dream, consider traveling solo. Your dream could be ruined if your companion is inconsiderate or otherwise unpleasant. That would forever cloud your memory of your trip. If you must travel with someone, pick someone with a good attitude; someone who is not phased when things go wrong; someone who can laugh at themselves. Choose wisely.

Until next time, live young, and travel.