Notice: Trying to access array offset on value of type bool in /var/www/wp-content/plugins/Ebor-Framework-master/ebor_cpt.php on line 169
 Here's what you need to know if you would like to attend the World Cup
Activities, Destinations November 25, 2018

Here is what you need to know if you plan on attending the World Cup. 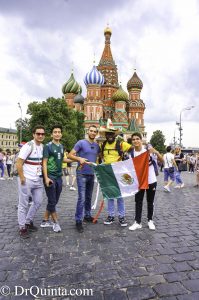 The World Cup is an international football (soccer) tournament held every 4 years. It is hosted by a different country every time. It usually lasts one month, from the middle of June to the middle of July. There are visitors from all over the world, all rooting for their country, and other countries as well. Everyone is in a good mood, ready to watch football and have a good time.

Because the eyes of the world are on the host country, it is one of the best times to visit the country. Security is tight, and there are a lot of events that tourists can participate in, a lot of them related to football. Tourist sites are cleaned up and made even more accessible than usual.

How to Attend The World Cup 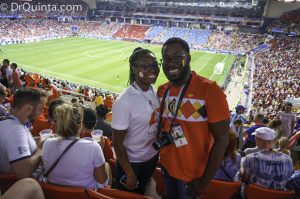 Tunisia vs Belgium match in Moscow

I really wanted to attend the South Africa World Cup as it was the first time the World cup was held on the continent of Africa. It was amazing and I became hooked. I have since attended the Brazil World Cup and the Russia World Cup, both of which were very different but overall enjoyable.

Most people assume it is too expensive to attend the World Cup but is usually not so. Given that there are 4 years between each World Cup, saving up to attend should be an attainable goal.

Tickets usually go on sale about 9 months before the World Cup on Fifa.com. There are multiple phases of ticket sales; some are first come, first served while others are lottery-based. Either way, I recommend buying first round tickets because all 30 (or so) participating countries which have qualified are guaranteed to play 3 matches. The first round tickets are generally around $150 each. You can buy team tickets where you follow your team as far as they advance. You will be refunded if they don’t make it all the way to the final.

Once you receive word from FIFA (the football governing body) that your ticket bid was successful, you have a date to plan around and you should go ahead and book your hotel or Airbnb immediately. The most expensive part of the World Cup is often accommodation. I paid $2,000 for 5 days in a one-bedroom condo a block from the beach in Ipanema in Rio. Hotels on the beach were $2,000 a night. However, in Moscow and St. Petersburg, I didn’t have this issue at all as hotels were very reasonably priced. Follow our hotel safety tips when you do travel.

When you have your tickets and accommodation, book your flight and you are almost all set for travel. Don’t forget to get a visa for the host country. They usually make the process much faster and easier during this time to maximize the number of visitors.

What Else You Need 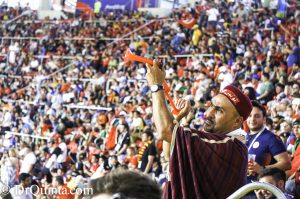 Before you travel, you will need to buy team paraphernalia: t-shirts, jerseys, hats, scarves, etc. Some host countries are

really good at ensuring people can find their team jerseys, etc, but it’s risky to assume you will be able to find team gear when you arrive. Depending on your team, you should be able to get team gear from either Nike or Adidas. Sometimes jerseys get soled out so if you see something you like, get it! Make sure you get something that allows you to represent your country with pride.

See you in Qatar. And until then, live young and travel!